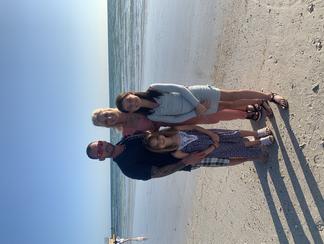 In 2002 and 2003, Miss Alicia attended New Hampshire Technical Institute for Business Management. Miss Alicia took that knowledge, along with the support and help from her family, and launched Alicia’s School of Dance in 2003. Miss Alicia continues to update herself with dance knowledge by attending workshops and by keeping up-to-date with todays dance. She enjoys sharing her dance knowledge.

In 2008 Alicia married Gary Brooks of Lebanon Maine. He Is a career firefighter in Loudon and also owns his own businesses, Redline Timberworks and Brooks Signs and Screen Printing. They added to their family when Natalie May Brooks was born in April 2009, and again in 2014 when Brielle Rose Brooks was born.